Stomach Upset Due To Antibiotics Intake: How To Manage It? 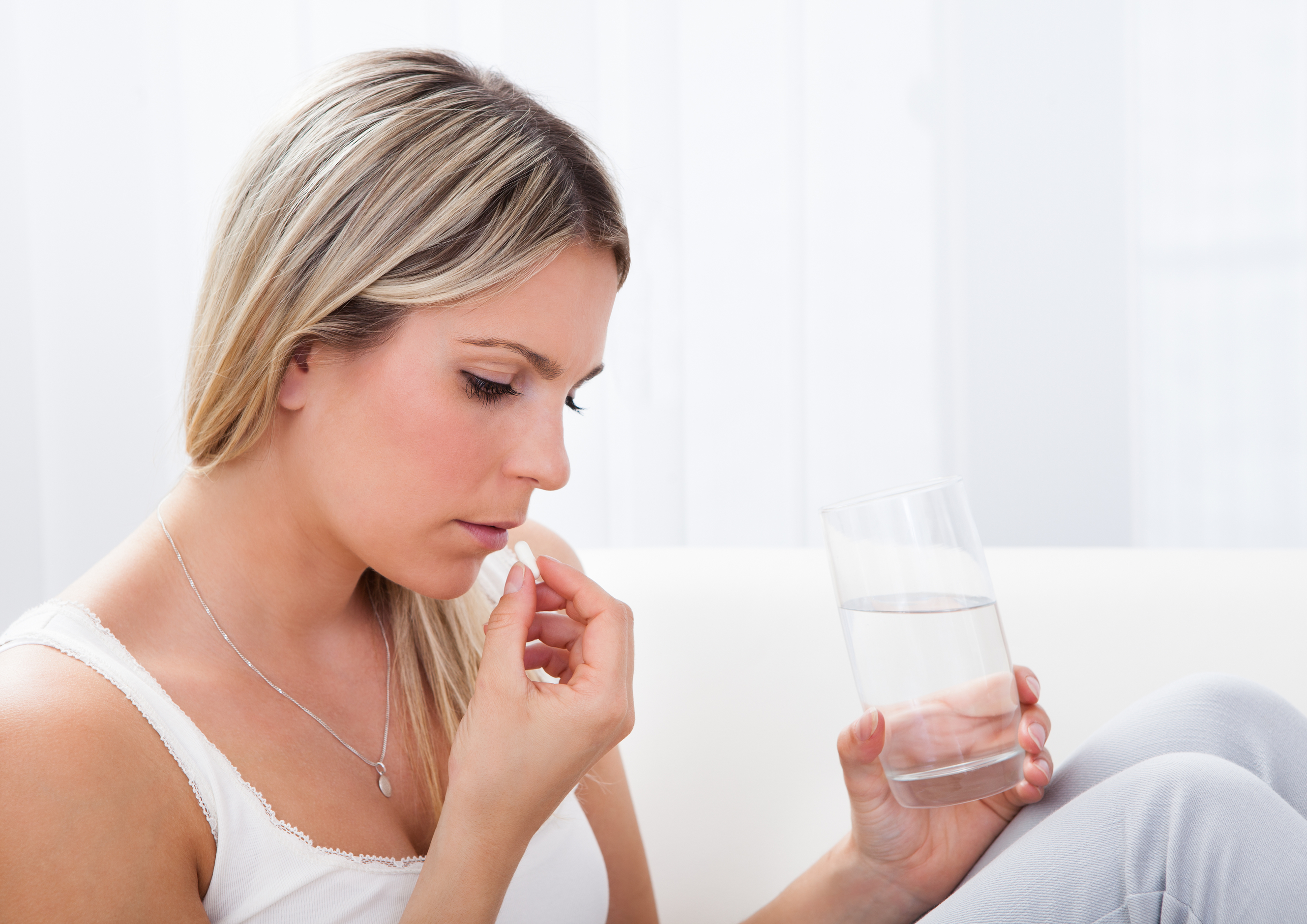 Good health begins with balance in the body, particularly in the digestive system.
Inside our bodies there are twenty times more bacteria than living cells, and maintaining the correct balance of beneficial bacteria versus harmful bacteria is a crucial part of supporting long-term health and vitality.
Having the right kinds of bacteria (so-called "friendly bacteria"), in sufficient quantities, is essential for everything from healthy digestion and nutrient absorption, to immunity and defense against infections.
What can disrupt gut flora?
The delicate balance of healthy gut flora can be disrupted by a range of circumstances, including excess alcohol, a diet high in sugar, poor digestion, stress, exposure to toxins and environmental pollutants. For the purposes of this article, we will look in more detail at one of the most common causes of bowel flora imbalance - the long-term or frequent use of antibiotics.
How do antibiotics affect the digestive tract?
In this modern age, antibiotics are arguably prescribed and used far more than they should be. As a result, antibiotic resistance - a type of drug resistance where a microorganism is able to survive exposure to an antibiotic - is unfortunately now a fairly common phenomena.
What's more, one of the most notable effects of antibiotics is their adverse impact on the digestive system and the balance of gut flora - they indiscriminately destroy both good and bad bacteria in the body. They  work by either killing bacteria or by preventing bacteria from growing - great in terms of bad bacteria, but bad news in terms of healthful bacteria.
This is somewhat ironic, when you consider that people are taking antibiotics in the first place because they are ill, but their medicine is destroying one of the body's primary lines of natural defense.
In fact, the most important part of the immune system resides in the gut, where Gut Associated Lymphoid Tissue (special antibody-producing cells) works hard to prevent unwanted micro-organisms (such as bacteria and viruses) from entering the body.
Of course, antibiotics have their role to play and can certainly be highly effective in resolving bacterial infections. However, it is important to use them sensibly, in moderation and to support your levels of beneficial bacteria both during and after a course. 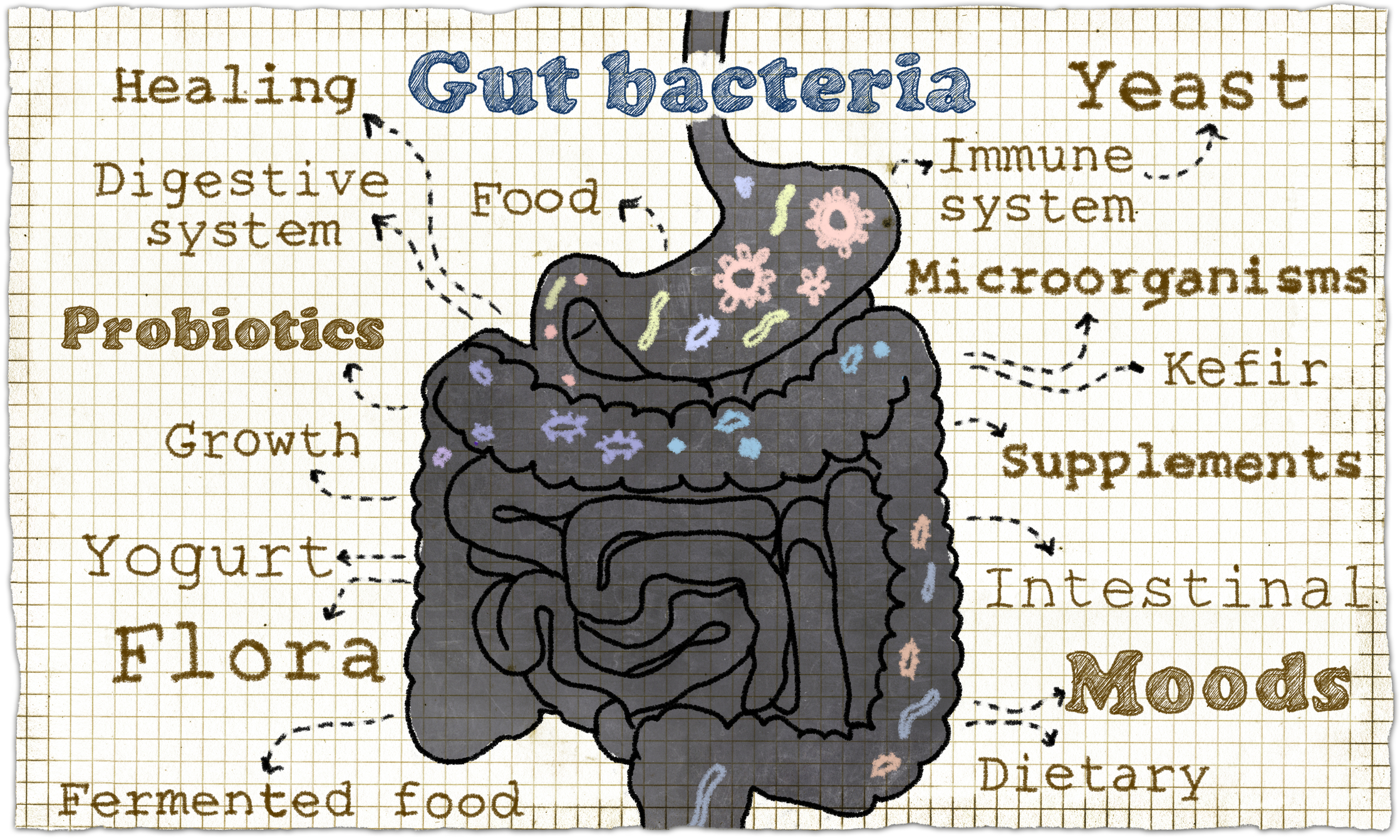 Too many bad bugs!
If your levels of good bacteria fall, you provide opportunistic 'nasties' (like bacteria, parasites and yeasts) with an excellent environment in which to thrive and spread.
An overgrowth of harmful gut flora (called dysbiosis), for example, increases gut toxicity and can result in a number of unpleasant symptoms and conditions, including:
- bloating
- constipation
- diarrhea
- abdominal pains after eating
- wind
- Irritable Bowel Syndrome (IBS)
- Leaky Gut Syndrome
- and Candida overgrowth.
This is one of the reasons why antibiotic programmes often result in thrush (a fungal infection caused by Candida overgrowth).
How to support the good guys!
Research has shown that the damage done to the digestive tract by antibiotics can last far longer than was previously thought.
Stanford University researchers in America analyzed the levels of friendly bacteria in 3 healthy adult women both before and after each of two cycles on the antibiotic Cipro. Following the first cycle, they found that the drug had altered the population of the subjects' friendly gut bacteria significantly, perhaps even permanently. Following the second cycle, six months later, they discovered that the effect was exponentially greater.
As such, antibiotics should never be used as a regular "quick fix" for minor ailments and, wherever possible, long courses should be avoided. Where a course of antibiotics is unavoidable, you can support your levels of friendly bacteria through diet and probiotic supplements.
For instance, many cultures have observed the health-supporting effects of fermented foods (often referred to as "probiotic foods") and so include them as a regular part of their diet. These foods include kefir, sauerkraut, miso, tofu and tempeh to name just a few. Including these foods in your diet on a daily basis is a good way to promote healthy intestinal flora.
However, it is worth noting that most of these foods do not contain strains of bacteria that can actually colonize the digestive tract. Instead, they do good work for a week or two and then pass through.
Supplementing with strains of good bacteria that can colonize the digestive tract (such as L. acidophilus, L. salivarius, B. infantis, B. bifidum, B. brevis and B. longum) is arguably a more effective and powerful means of supporting healthy levels of gut flora for the long term.
Salve Supplements'  Ultimaxi Probio and Un Probio are your best bets in this type of health scenario. For infants and toddlers, we have Kiddo Gutto Complex. 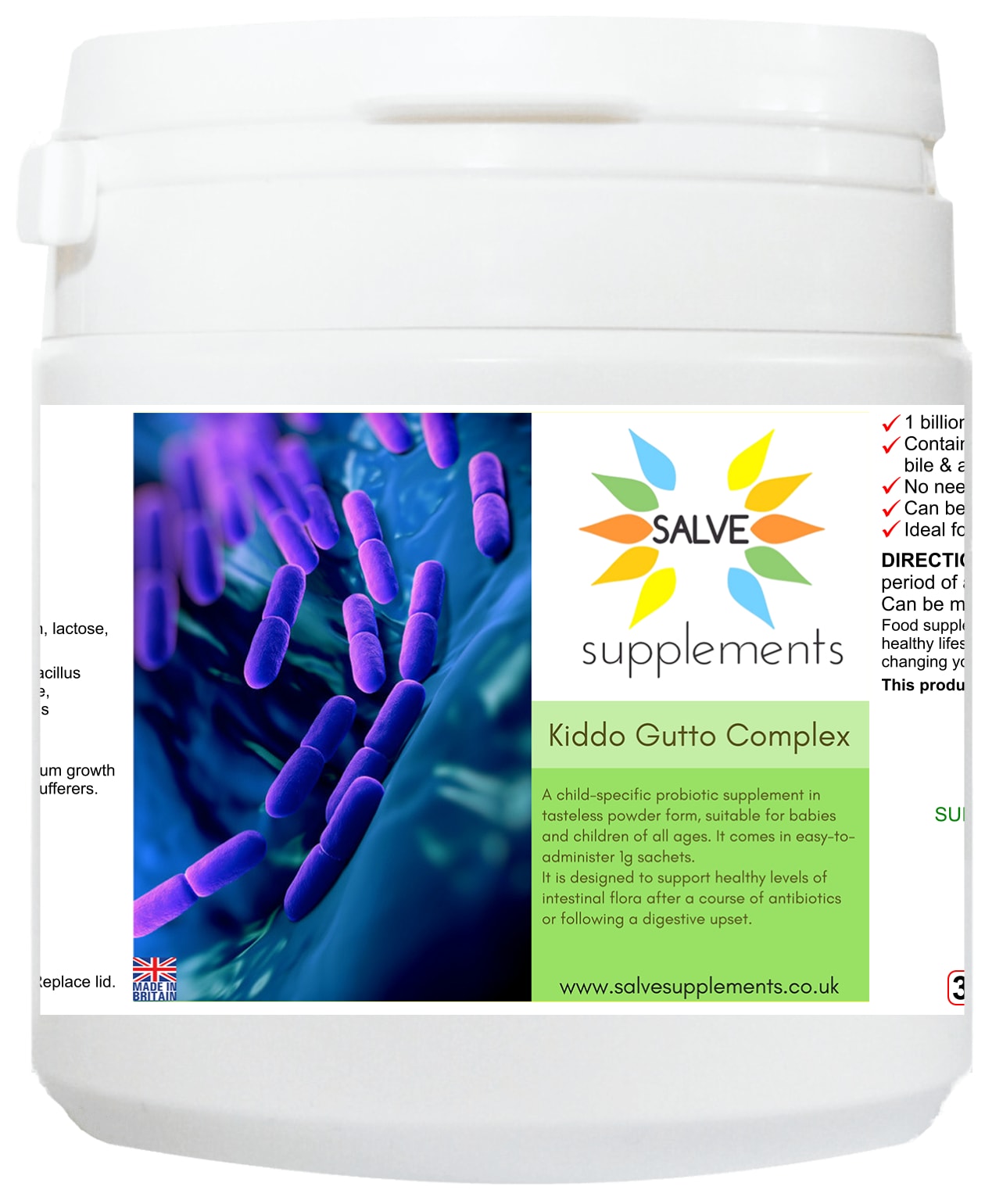 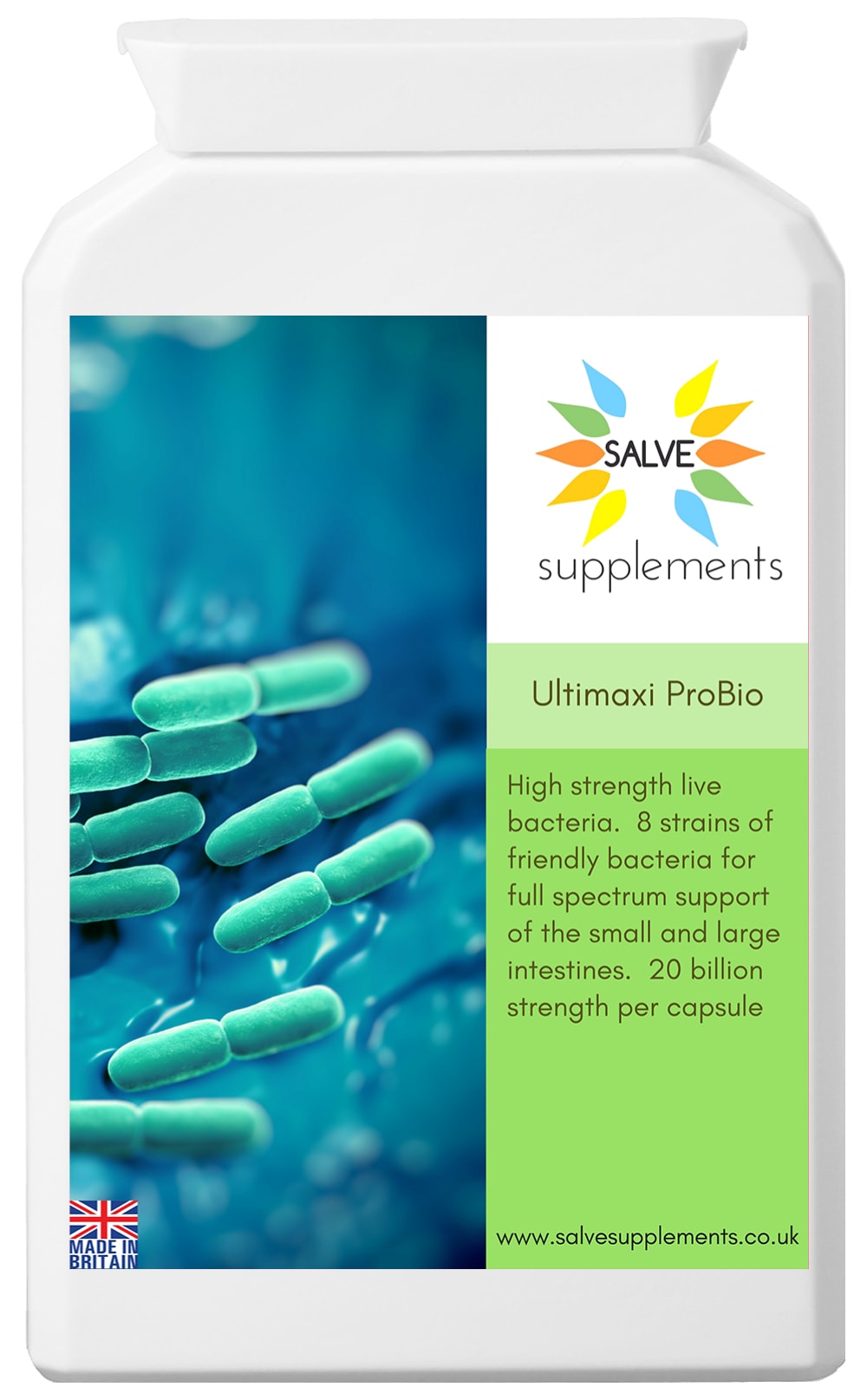 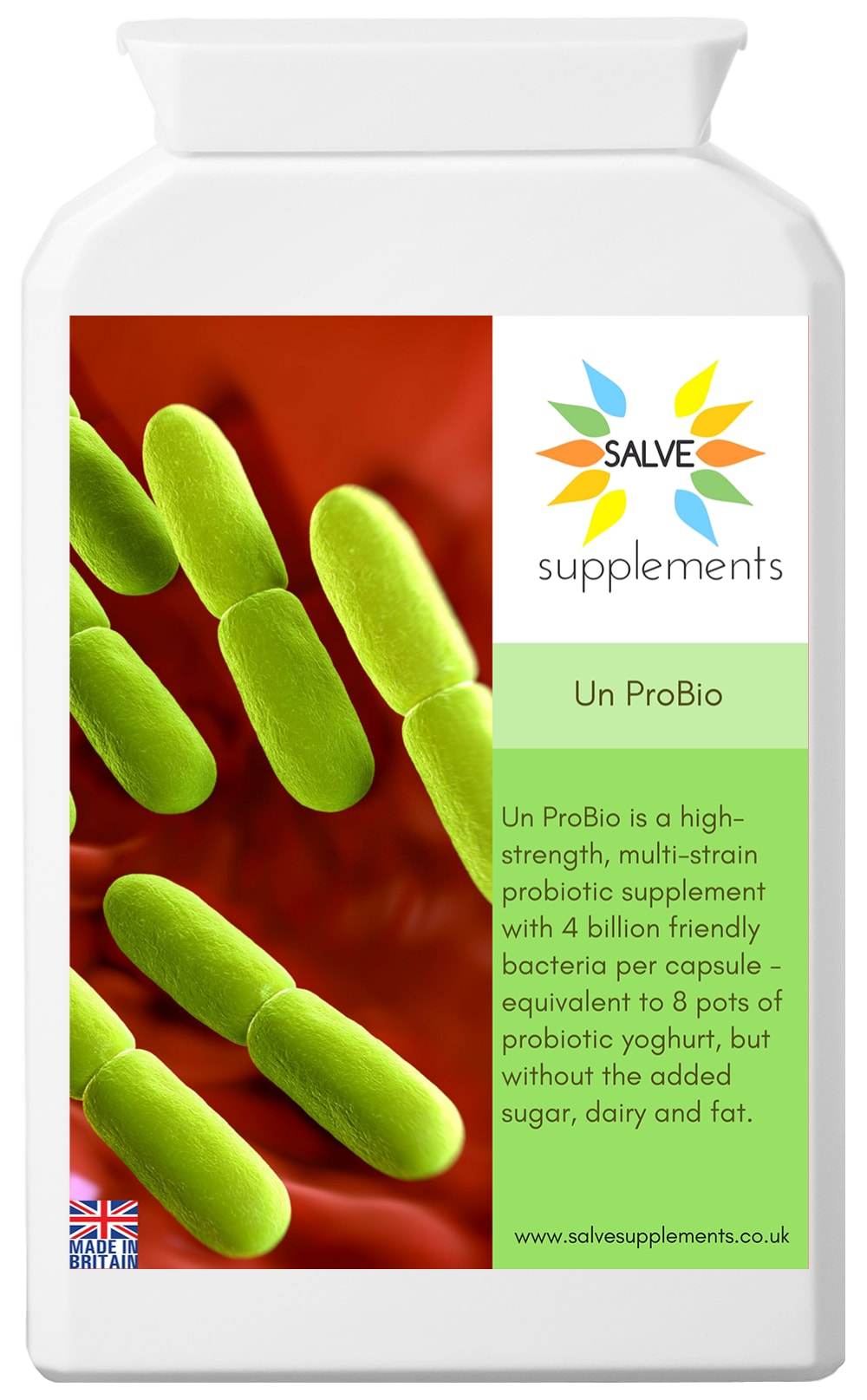